Every year the Faculty of Law offers its students a wide range of courses taught by lecturers who are involved in practical work in the legal field. This year, a particularly notable course is entitled “The Institution of the Attorney General – Selected Issues.” The course is taught by former Attorney General Attorney Meni Mazuz, and has quickly become one of the most popular courses among undergraduates in the faculty.

Were you surprised to learn how popular your course is?

“I’m glad to see that students are interested, and I hope they won’t be disappointed. At first I didn’t want to limit the number of participants, but when I realized how many students registered for the course, I had to ask the faculty to close the registration. This was a bit of a dilemma for me, because in principle I would be delighted for as many students as possible to be involved. On the other hand, I think the course should include a meaningful component of class discussion with the students, and that would be difficult if the number of participants was very high.” 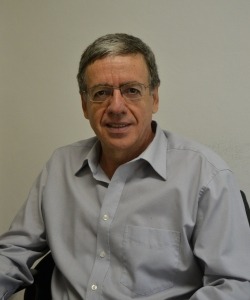 What issues does the course address?

Mazuz explains that he tries to present a broad perspective on the subject. “On the one hand, I teach about the functions, authorities and areas of activity of the institution itself. On the other, we will also discuss the interfaces with other governmental systems, such as the Supreme Court, the government, the Knesset and the State Ombudsman. I do not overlook theoretical and academic aspects, but I try to integrate these with practical experience and the actual reality of the attorney general’s work.”

That sounds like a fairly broad subject for a course.

“That’s true. This is why I added the words ‘selected issues’ to the course title. Obviously you can’t cover every aspect in such a course, so I try to select a blend of representative issues.”

Is it especially meaningful that the course is taught by someone who comes from the system?

“In the field of public law, there is a significant gap between reality and theoretical law. It is very difficult to understand the material and the working reality of governmental bodies solely on the basis of legal sources. These sources cannot provide a true picture of what dilemmas are faced and how things are actually done.”

“Teaching is a continuation of my public service through different tools”

Mazuz has a long career in public service. He began to work in the State Attorney’s Office in the early 1980s, and moved on to the Attorney General’s Office some 12 years later. In 2004, after serving for several years as deputy attorney general, Mazuz was appointed attorney general. He served in this position under three governments before completing his period of office in 2010.

What led you to move over to the academic world?

“I wouldn’t really say that I ‘moved over’ to the academic world. I haven’t begun a new career. During my own period of studies in the Hebrew University, I concentrated on the academic track. I was particularly interested in public law, both administrative and constitutional.”

What made you change your mind?

“During my period as an intern in the Supreme Court I was exposed to the field of public legal work, particularly in Supreme Court petitions, both from the side of the justices and from the side of litigation. I was attracted to the work of the State Attorney’s Office, so after my internship I began to work in the Supreme Court Petitions Department. Even so, I continued to have my doubts for several years. I found it difficult to make a final decision and to completely abandon the idea of an academic career. After a few years working here as an instructor in the faculty, alongside my work in the State Attorney’s Office, I felt that I was more interested in a practical career of work in the public legal service.”

So why did you decide to come back to teach here?

“From the outset I chose a path of public service. As I said, I don’t see my teaching work here at the university as a new career, but as a continuation of my public service through different tools. This gives me a chance to share the knowledge and experience I have gained over 30 years in the public system with young law students.”

Over the course of his legal career, Mazuz has concentrated on public law, in part out of a sense of mission. “I always saw the positions I undertook, including my work in the public service, as a kind of way of inculcating values to the next generation of legal professionals. For example, when I interviewed potential interns, perhaps the most important thing I asked myself was whether the candidate had the ‘genes’ of a civil servant – someone who sees their future in public service.”

Is that approach reflected in the course?

“For sure. The studies aren’t just about knowledge, they’re also about a value-based approach – inculcating the areas I addressed and promoted and worked to secure in the public system to a young generation of legal professionals.”

What is your impression of the younger generation?

“Very positive! This didn’t come as a surprise to me, but I am seeing it firsthand now. Firstly, there is much more attention to social action now than when I was a student – in the universities in general, and at the Hebrew University in particular. This is reflected in the various legal aid clinics, in the provision of legal advice to all kinds of bodies, and in the involvement of students in social issues. This is a very positive and impressive trend.”

“I was pleased to see that the students are not only on a very high level in personal and intellectual terms, but are also very involved and committed. They don’t see their studies as a mere technical chore.”

Do you think the issues you teach will influence the students in later years?

“I hope that more students will choose to work in public law and in all corners of public service – not only in the State Prosecutor’s Office or legal advice in public bodies, but also – for example – by helping in human rights organizations and social movements.”

What about those who opt for the private sector?

“We need them, too. But it’s important that during their training in the faculty they receive the proper values as well as professional tools.”

“The institution of the attorney general – both the individual and the surrounding system, including the State Attorney’s Office and the system of governmental consultation and legislation. This system interfaces with all the systems and institutions of Israeli democracy, and influences virtually every facet of our lives.”