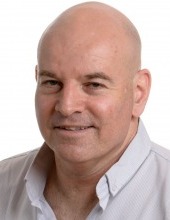 Edwin A. Goodman Professor for Public Law and former Dean at the Faculty of Law at the Hebrew University of Jerusalem.

His research interests are administrative law, public law, judicial review, regulation, the study of government lawyers, and law and society. His recent book Lawyering for the Rule of Law: Government Lawyers and the Rise of Judicial Power in Israel (2014) was published by Cambridge Un. Press. He published in journals such as Law & Society Review, Oxford Journal of Legal Studies, Public Law, Administrative Law Review and American Journal of Comparative Law. He also served as the President of the Israeli Association for Law and Society (2012-13).  He received his LL.M from the University of California at Berkeley Law School (Boalt Hall) and his Ph.D. from the Hebrew University where he has lectured there for over 20 years.  He has also lectured abroad at Columbia Law School, Fordham Law School and University of Miami Law School.  Prof. Dotan was awarded the Shneior Zalman Cheshin Prize for Academic Excellence in Law (2012) and received the Edmond J. Safra Research Lab on Institutional Corruption Non Residential Fellowship (2012-13). He was awarded the Gorni Prize for distinguished contribution for public law (2019). He served as the President of the Israeli Association for Law and Society (2012-14).

Lawyering for the Rule of Law: Government Lawyers and the Rise of Judicial Power in Israel (Cambridge Un. Press, 2014).

Will Procurement Officials be Biased to Disregard Procurement Rules in Favor of a Low-priced, albeit Defective, Bid?  Review of Law & Economics (2017).

Open and Close Judicial Review of Agency Action: The Conflicting US and Israeli Approach, 64 American Journal of Comparative Law 521 (2016) (with Michael Asimow).

Solving the Counter-majoritarian Difficulty? 11 I-CON: International Journal of Constitutional Law (2013 with Or Bassok).

Yael completed her LL.B. in Law & Psychology (Summa Cum Laude, 3rd in her class) at the Hebrew University. During her studies, she served as the editor in-chief of The Hebrew University Law Review (‘MISHPATIM’) and worked as a research assistant to Prof. Shimon Shetreet. After her studies she clerked for Hon. Justice Uzi Vogelman at the Supreme Court of Israel, and afterwards worked as an attorney at economic litigation in The Movement for the Quality of Government. Since 2010 Yael is giving the mandatory course on "Legal Research and Writing" for 1L's students at the law faculty. She also taught a course on "Elections Law".

During her studies, Yael won several honorable awards and scholarships, including the President  Scholarship for Doctoral Students from the Hebrew University, the Faye Kaufman Memorial Prize for Doctoral Students from the Hebrew University, the Menachem Goldberg Honor from the International Society Labor Law and Social Security, a Research Honor from Menachem Begin Heritage Center, and the Dean's Award , the Vineberg Erwing-Izidor Honor (Excellence in Public Law) and the Tebby Miller (excellence in combined degree) Honor  from the law faculty. Yael is a research fellow at the Law Faculty of the Herbrew University since 2015.