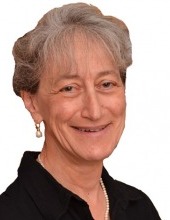 Prof. Celia Wasserstein Fassberg was born in Scotland and grew up in England and Jerusalem. She obtained an Ll.B. degree at the Hebrew University of Jerusalem and an S.J.D. degree at Harvard Law School. She clerked at the State Attorney’s Office and at the Israeli Supreme Court, for Justice Aharon Barak, before becoming a member of the Israeli Bar Association. She is a Full Professor at the Hebrew University Law School where she holds the Judge Harry M. Fisher Chair in Private International and Inter-Religious Law. Her primary area of research and teaching is Private International Law in which she has published extensively, including a comprehensive book in Hebrew that has become a standard work in Israel. She has also taught Comparative Law, International Transactions, and Admiralty Law. Professor Fassberg has held many senior academic and administrative positions at the Hebrew University, among which are Director of the Sacher Institute for Legislative Research and Comparative Law, member of the University Board of Management, and chairperson of the committee charged with drafting the Hebrew University Code of Conduct in Research and its Conflict of Interest Code. Beyond the confines of the University she participates in preparatory work on legislation and international conventions in her areas of expertise, has served on the public council for approving experiments with animals, on Helsinki committees approving medical experiments involving humans, and on hospital and Health Ministry medical ethics committees. Professor Fassberg has been a Visiting Scholar at the law schools of Harvard, Georgetown, the University of Pennsylvania, Columbia University, and at UNIDROIT in Rome. She is a member of the International Association of Procedural Law and Vice-President of the World Society of Mixed Jurisdiction Jurists.  In 2016 she was awarded the Justice Shneor Zalman Cheshin Prize for Academic Excellence in Law.

Ll.B. The Hebrew University of Jerusalem

"The Forum: Its Role and Significance in Choice-of-Law", 84 Zeitschrift für Vergleichende Rechtswissenschaft 1 (1985);

"Product Liability and the Conflict of Laws: Theory and Practice", 9 Tel Aviv University Studies in Law 205 (1989)

"On Time and Place in Choice-of-Law for Property", 51 International and Comparative Law Quarterly 385 (2002)

"Realism and Revolution in Conflict of Laws: In with a Bang and Out with a Whimper" 163 University of Pennsylvania Law Review  1919 (2015).