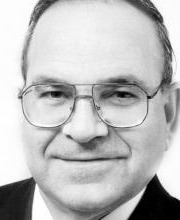 Professor Shimon Shetreet is a Professor of Law at the Hebrew University of Jerusalem, Israel. He holds the Greenblatt chair of public and international law and is the head of the Sacher Institute of Legislative Research and Comparative Law.

Prof. Shimon Shetreet began his legal career as Clerk to Mr. Justice Witkon of the Supreme Court of Israel, 1967. He was admitted to the Israeli Bar Association, 1969. He has appeared before the Supreme Court of Israel in a number of landmark cases; was Member of the Chief Justice Landau Commission on the Israeli Court System, 1980; was a Founder Secretary General of the Public Law Association (1987 - 1992); and a Judge on the Standard Contract Court (1981-88). He is President of the Israeli Chapter of the International Association of Constitutional Law.

Prof Shetreet published extensively all the years including when he was serving in high public offices. He is author and editor of a number of books, including "Judges on Trial" (1976), "Judicial Independence: The Contemporary Debate" (1985), "The Role of Courts in Society" (1988) , "National Security and Free Speech" (1991),"Pioneers in Tears: Anthology on North African Jewry" (1991) "Justice in Israel" (1994), "Women in Law"(1998), "The Good Land between Power and Religion" (1998),  "Law and Social Pluralism" (2002) and On Adjudication (2004 ), ". He is the author of numerous publications in legal journals in Israeli and overseas law reviews

Prof. Shetreet’s book Judges on Trial: A Study of the Appointment and the Accountability of the English Judiciary(1976) was relied upon by the House of Lords in the Pinochet Case in January 1999  and this and other works have also been relied upon as well  in  numerous Highest court cases in other countries Canada ,Australia ,New Zealand and India .


Prof Shetreet has held high public offices. Between 1988 and 1996 he served as Member of the Knesset the Israeli Parliament His Past Government Positions include a cabinet Minister in the Rabin Government wherw  he serve as Minister of Economy and Planning, Minister of Science and Technology, Minister in charge of the Second Television and Radio Authority and Minister of Religious Affairs In addition to his distinguished academic career and his public offices he also held high business positions including member of the board of Bank Leumi and Chairman of the Board of Mishaan.

Prof Shetreet comes from a religious family. He had his elementary studies in Jewish religious school and he also attended a Yeshiva in his youth years. When he was 13 he won the first Bible youth Contest in Israel. He pursued his scholarly interest in Bible studies .He was a permanent member of the Bible Study Group of scholars that was hosted by Prime Minister Menachem Begin for about three years. He delivered papers in this group on Ethics in Government in Biblical and Jewish Law, The Powers of the King to Confiscate Property in Biblical and Jewish Law and Freedom of Conscience in the Bible.

Prof Shetreet is married to Miri, a social worker, and they have four children.