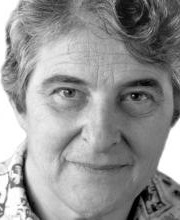 In addition to her academic career, she has been active in the diplomatic field: she was a member of the Delegation of Israel to the United Nations (1976) as well as to the Humanitarian Law Conference (1977) and the Red Cross Conference (1981). She has participated in part of the negotiations for the Peace Treaty between Egypt and Israel (1979), and was the Legal Adviser to the Ministry for Foreign Affairs of Israel (1979-1981). In 1999 she was invited to join a group of experts that advised the High Commissioner on National Minorities of the Organization for Security and Cooperation in Europe. She is a member of the Israel Council of Foreign Relations.

Her judicial activity involved her membership in the arbitration panel established in order to solve a boundary dispute between Egypt and Israel, including the Taba area (1986-1988). Since 1989 she is a member of the Permanent Court of Arbitration in The Hague.

Professor Lapidoth has written nine books and more than a hundred articles dealing with questions of international law, the law of the sea, human rights, autonomy, the Arab-Israel conflict and its resolution, and Jerusalem.