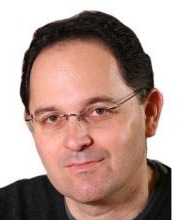 Guy Davidov is a full professor and the Elias Lieberman Chair in Labour Law. His book A Purposive Approach to Labour Law was published by Oxford University Press in 2016. He has also co-edited two books with Brian Langille, Boundaries and Frontiers of Labour Law (Hart, 2006) and The Idea of Labour Law (Oxford UP, 2011), and has published dozens of articles in peer-review journals, including in the Oxford Journal of Legal Studies, Modern Law Review, the University of Toronto Law Journal, Law & Social Inquiry, Industrial Law Journal, and the Comparative Labour Law & Policy Journal.​

Prof. Davidov was the founding Chair of the Labour Law Research Network (LLRN), from 2011 through 2015. He has also been the Editor-in-Chief of the International Journal of Comparative Labour Law and Industrial Relations from 2015 through 2020, and has previously served as editor of several Hebrew journals: Mishpat Umimshal – law and government, Hukim –Legislation (founding editor), and Labour, Society and Law (co-editor).

Among his duties at the Faculty of Law, He is the coordinator of the Labour Law and Social Security Forum. He previously served as Vice-Dean of the Faculty, as the Academic Director of the Clinical Legal Education Center, as the Director of the Sacher Institute for Legislative Research and Comparative Law, and as Chair of Graduate Studies. He is currently serving as the Chair of the Hebrew University Faculty Union.

For further information and links to publications, see the personal website.