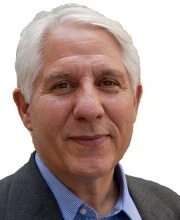 David Weisburd is Walter E. Meyer Professor of Law and Criminal Justice in the Institute of Criminology.  He also holds an appointment as Distinguished Professor of Criminology, Law and Society at George Mason University . Professor Weisburd is an elected Fellow of the American Society of Criminology and of the Academy of Experimental Criminology. He is the honorary president of the Israeli Society of Criminology, a member of the Steering Committee of the Campbell Crime and Justice Group, the Stockholm Prize Committee, and the Scientific Commission of the International Society of Criminology.  He is also a National Associate of the National Research Council of the National Academy of Sciences, and was the Chair of the National Academy of Sciences Committee on Proactive Policing. Professor Weisburd is one of the leading international researchers in crime and justice. He is author or editor of more than thirty books and more than 200 scientific articles that cover a wide range of criminology and criminal justice research topics, including crime at place, violent crime, white collar crime, policing, illicit markets, terrorism, criminal justice statistics and social deviance. Professor Weisburd was the founding Editor of the Journal of Experimental Criminology and served as the General Editor of the Journal of Quantitative Criminology.  He has received many awards for his contributions to criminology and crime prevention.  These include: the Stockholm Prize in Criminology (2010); the Klachky Family Prize for the Advancement of the Frontiers of Science (2011); the Jerry Lee Award for Lifetime Achievement in Experimental Criminology (Division of Experimental Criminology, ASC, 2014), the Robert Boruch Award for distinctive contributions to research that influences public policy of the Campbell Collaboration (2014); the Sutherland Award for "outstanding contributions to the discipline of criminology" (ASC, 2014); the Mentoring Award for “excellence in mentorship in the discipline of Criminology and Criminal Justice” (ASC, 2016); and the August Vollmer Award for contributions to the prevention of crime (ASC, 2017). In 2015 Weisburd received the the Israel Prize, generally regarded as the State of Israel's highest civilian honor.  In 2017 he received the Lifetime Achievement Award for Research in Criminology from the Israeli Society of Criminology.

Weisburd, David. (2016).  Does hot spots policing inevitably lead to unfair and abusive police practices, or can we maximize both fairness and effectiveness in the new proactive policing?  The University of Chicago Legal Forum. 2016 U. Chi. Legal F. 661.