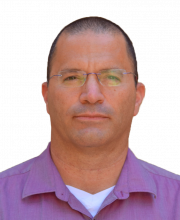 The Rodney Blackman Chair in the Philosophy of Law
The Faculty of Law; Philosophy Department
Room 212
02-5882583
david.enoch@mail.huji.ac.il
Personal Site
Academia.edu

I’ve been a faculty member at the Hebrew U – on a joint appointment in law and philosophy – since 2003.

I work primarily in moral, legal, and political philosophy.

In moral philosophy, much of my work has been in metaethics, where I defend a fairly robust objectivist, realist view about morality and about normativity more generally. According to this view, there are moral (and other normative) facts that do not constitutively depend on us, that we discover rather than create or construct, and that are irreducible to run-of-the-mill natural facts.

In the philosophy of law I sometimes voice skepticism about the more conceptual parts of the discussion about the nature of law, and I take part mostly in normative discussions about law, such as questions about the right status of statistical evidence, or about the role of luck in morality and law.

In political philosophy I develop and defend a comprehensive liberal view – one that does not aspire to the kind of neutrality Rawls’s “Political Liberalism” aspires to. I criticize such Rawlsian views, and I try to accommodate, within liberalism, insights more commonly found among critics of liberalism.