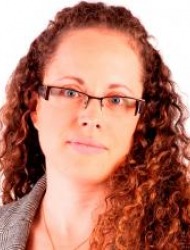 Tal Jonathan-Zamir is an Associate Professor at the Institute of Criminology, Faculty of Law, the Hebrew University of Jerusalem. She received her M.Sc. from the Center for Investigative Psychology, University of Liverpool, in 2003, and her Ph.D. from the Hebrew University in 2011. Subsequently, Tal completed a Fulbright post-doctoral fellowship at the Department of Criminology, Law and Society at George Mason University. Her work focuses on policing, particularly on police-community relations and evidence-based policing. Using both quantitative and qualitative methods, she investigated police legitimacy and procedural justice from the perspective of citizens, communities, police officer, and neutral observers, in diverse contexts such as routine encounters, security threats, protest events, and airport security. She has also examined the psychological mechanisms underlying police officers’ orientation to evidence-based policing, and more recently – the effects of the COVID-19 pandemic on police-community relations in Israel. Tal is the recipient of the 2010-2011 Fulbright Visiting Scholar Program, the 2015 Early Career Award from the Division of Policing of the American Society of Criminology, and the 2015 Young Scholar Award from the Israeli Society of Criminology.

2003 - 2010 Ph.D. in Criminology from the Hebrew University of Jerusalem, the Institute of Criminology. Supervisor: Prof. David Weisburd.

2002 - 2003 M.Sc. in "Psychology and Investigation" from the University of Liverpool, Center for Investigative Psychology.

Jonathan-Zamir, T., and Harpaz, A. (2018). Predicting Support for Procedurally Just Treatment: The Case of the Israel National Police. Criminal Justice and Behavior, 45(6), 840-862.

Jonathan-Zamir, T. & Harpaz, A. (2014). Police understanding of the foundations of their legitimacy in the eyes of the public: The case of commanding officers in the Israel National Police. The British Journal of Criminology, 54(3), 469-489.

Jonathan-Zamir, T., and Weisburd, D. (2013). The effects of security threats on antecedents of police legitimacy: Findings from a quasi-experiment in Israel. Journal of Research in Crime and Delinquency, 50(1), 3-32.