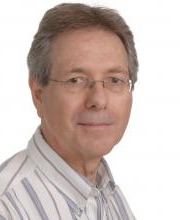 Professor Perry is a retired officer in the Israeli Police (IP), where he served for 30 years specializing in Intelligence - Gathering and Operations. He also served as head of European Operations of the IP between 1987-1991 and as the IP Police Attaché to the US & Canada between 2003 – 2007 at the rank of Brigadier General.  Professor Perry also served as the Commander of Intelligence and Operational Division of the National Unit for Exposing Severe, International Terror and Organized Crime; Head of Interpol and International Relations; Commander of National Drug and International Operations Unit. He has extensive experience teaching and training intelligence and law enforcement agencies worldwide in the areas of "Policing Terrorism", "Homeland Security", "International Organized Crime" and "Drug Trafficking".

Professor Perry for the past 15 years has trained U.S. Law Enforcement and Intelligence Officers in training seminars he gives in both the US and Israel.

In the last years Professor Perry’s work has focused on the issue of “Policing Terrorism Strategies & Tactics” studying effective “policing terror” models. In his work he attempts, to study the terror phenomenon and systematically describe, measure, evaluate and assess the effectiveness of different police responses to terrorism. In collaboration with leading international scholars, he is studying the effectiveness of situational crime prevention as a way of reducing the opportunities for terrorism.

Professor Perry is the vice chairmanof the Movement for Quality Government.  a Jerusalem based NGO with the mission of actively advocating for quality of government and against corruption in and at the various levels of government.

Thesis: "The Heroin Market in Israel ? The Economical Behavior of the Rational Criminal and Enforcement Policy".  1994-2003

M.A., Criminology, Faculty of Law, the Hebrew University in Jerusalem.

"The Presentations of Self Model ?Explaining  Juvenile Delinquency". 1982-1987

Perry, S., Hasisi, B., & Perry, G., (2017) Who is the Lone Terrorist? A Study of Vehicle-Borne Attackers in Israel and the West Bank.  Studies in Conflict & Terrorism.