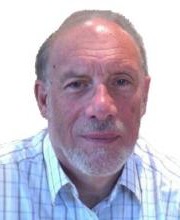 Human Rights and the Law of Territory
shawmalcolm@hotmail.com
Home Page

As a practising Barrister Professor Malcolm Shaw has developed an international reputation for advising on territorial disputes; law of the sea; state succession; state immunity; recognition of foreign governments and states; human rights; self-determination, international arbitration and international organisations. Advice has been given to the UK Government Legal Department, Army Prosecuting Authority, CPS, and a varied and significant number of foreign governments, as well as international organisations, multinational corporations and private clients. He has appeared or is appearing before the International Court of Justice, the European Court of Human Rights, the European Court of Justice, the Court of Final Appeal (Hong Kong), the High Court of Ireland, the UK Supreme Court, the House of Lords, the Court of Appeal and the High Court of England.

In addition to a varied and wide international practice, he also has an extensive career in the academy, having been Head of a Law School, and a member of the national Law Panels for both the 1996 and 2001 Higher Education Funding Council’s Research Exercises, as well as a member of the Arts and Humanities Research Council’s Review of Law in 2005. He was the Founder Director of the Human Rights Centre, University of Essex, 1983 and is also the author of a widely-cited textbook on international law now in its seventh edition (2014) and of the fifth edition of Rosenne’s multi-volume work on the Law and Practice of the International Court of Justice (pending). He is a Trustee of the British Institute of International and Comparative Law and Member of the Commercial Bar Association (COMBAR) and of the International Law Association.