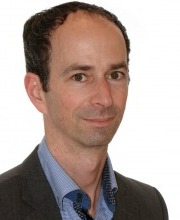 Prof. Doron Teichman is the Jacob I. Berman Professor of Law at the Faculty of Law of the Hebrew University of Jerusalem, and the former president of the Israeli Law and Economics Association. Prof. Teichman’s research interests include economic and behavioral analysis of law, empirical legal studies, and criminal law. He authored numerous articles in these areas, which were published in leading journals such as Michigan Law Review, NYU Law Review, Georgetown Law Journal, Northwestern University Law Review, Journal of Empirical Legal Studies, and Law and Society Review. His latest book, Behavioral Law and Economics (with Eyal Zamir, 2018), was published by Oxford University Press.

Prof. Teichman has been awarded numerous fellowships and prizes. Some of these include: the Fulbright Fellowship (2001–2003); the Olin Fellowship at the University of Michigan (2001–2003), The Inaugural Post Graduate Fellowship at The Center for Law Business and Economics at The University of Texas Law School (2005); and the Heshin Award for Excellence in Legal Research (2013). Prof. Teichman has also won numerous competitive research grants. He received two personal grants from the Israel Science Foundation (2012–2014; 2020–2023) and was a founding member of the Center for Empirical Studies of Decision-Making and the Law funded by the I-Core program.

Professor Teichman has served as a visiting professor at several leading law schools such as: Columbia University, University of Zürich, Tulane University and the Center for Transnational Legal Studies, London. He has also presented his work in numerous conferences and workshops, including the annual meetings of the American Law and Economics Association, the Society for Empirical Legal Studies, and the European Association of Law and Economics.

CV and List of Publication
Interests:
Behavioural Analysis of LawCriminal LawLaw and Economics